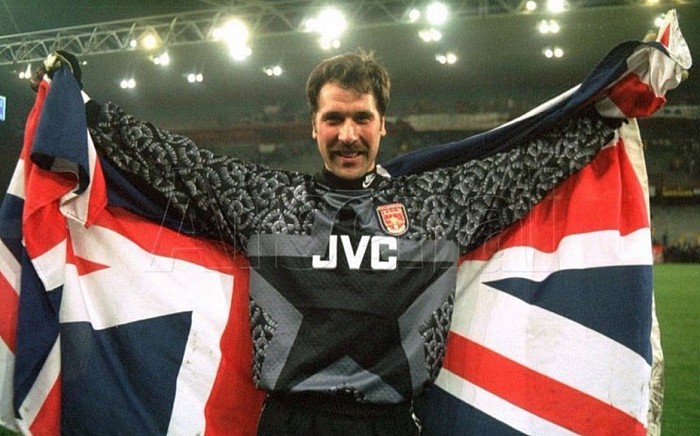 David Seaman made his senior England debut in a one-all draw against Saudi Arabia at the King Fahd II stadium in 1988 going on to win 75 caps for the Three Lions over the next 15 years. By then he had already won 10 England under-21 caps and had also made six appearances for the England B-team since 1984.

The then England manager Bobby Robson selected him as Englands third-choice goalkeeper for the Italia 1990 FIFA World Cup behind Peter Shilton and Chris Woods, but after arriving in Italy he had to pull out of the squad due to a thumb injury and was replaced by Dave Beasant.

Graham Taylor took over from Robson and kept Seaman as a member of his squad and by the time England qualified for the Sweden 1992 European Championships, Woods had gained the number one spot. Seaman narrowly missed out to Woods and Nigel Martyn on one of the two keepers places for the Euro '92 squad.

Seaman took over from Woods for the last two qualifying games of the USA 1994 World Cup and while England failed to qualify, newly appointed head coach Terry Venables announced Seaman as his first choice keeper.

England drew their first match 1-1 with Switzerland but recovered to beat their old rivals Scotland 2-0 in the second match. Seaman saved a excellent penalty from Gary McAllister, and also made another spectacular save from striker Gordon Durie that would have tied the score at one-all.

England beat the Netherlands 4-1 to take top spot in their pool and set up a quarterfinal with Spain. The match went to penalties following a nil-nil draw and Seaman saved Miguel Nadal's spot-kick to secure Englands progress to the semi-finals.

Glenn Hoddle took over from Venables and Seaman remained first choice keeper through to the France 1998 World Cup. He kept two clean sheets in the group stage as England placed second in their group. In the round of 16 clash against Argentina the match finished 2-2 and went to penalties. While Seaman saved Hernan Crispo's effort, two of his teammates failed to score theirs and England were out of the tournament.

Kevin Keegan selected him for the UEFA Euro 2000, where he started against both Portugal and Germany but sustained an injury in his warm-up exercises for the third game against Romania and was replaced by Nigel Martyn. England lost the match and went out in the first round. 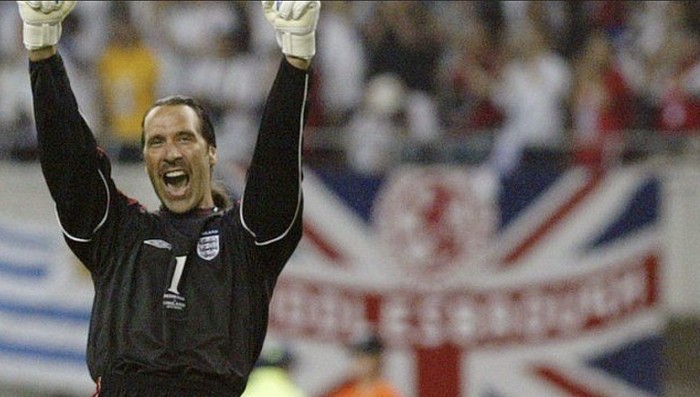 This site may also use cookies for ecommerce and payment systems which are essential for the website to function properly.

Google Services
This site uses cookies from Google to access data such as the pages you visit and your IP address. Google services on this website may include:

- Google Fonts
Data Driven
This site may use AddThis:
- AddThis is a social widget which collects and shares user behavior with third parties.